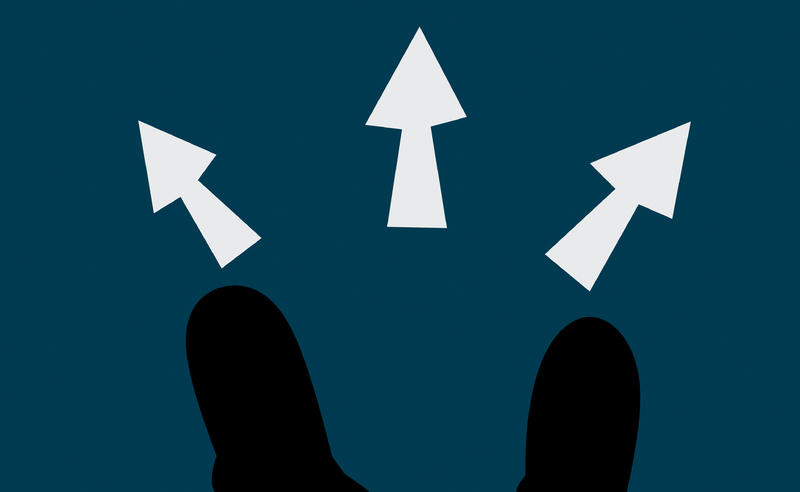 An important aspect of my PhD research is to try out different ways of writing choices (in branched scenarios) and see if it changes the way learners ponder the options. I recently tested a pilot questionnaire with participants of a webinar on storytelling, as an informal mini-prototype for my real study, and it produced some interesting results even though it was only a small group (34). So I decided to share them here.

The participants were presented with variations of framing (information about the choices) and choices in a mini learning scenario. The scenario presents a tour guide needs to select a tour group member to have dinner with, as a simple example of constructive alignment (Biggs, 1996) to a learning outcome: “Pay equal attention to all members of your group”. I deliberately chose stereotypes to make the scenario quick and easy to understand. The learners were confronted with a decision for the tour guide: between “duty” – have dinner with a guest previously unattended to during the trip (Mr. Wilson) – “compassion” – keeping a sad and lonely guest (Mrs. Jones) or “fun” – dine with the attractive bus driver (Lorenzo) in four different versions.

Fig. 1. Screenshot of version 3 of the test choice in the questionnaire

Looking at numbers only, the first version of the question, with only the names presented of possible people to dine with, resulted in an equal split between the characters (33% each). When the choice was preceded by some information, offering more context about the characters, the choice for Lorenzo fell to 3%. Mr. Wilson was chosen by more than half of the respondents (51%), and Mrs. Jones was chosen by 45.5%. The third version presented to the players, where the character framing was embedded in the choices (see Fig. 1), saw an increase in selection for Mrs. Jones (69.7%) even though the sentences provided as a choice were exactly the same as when presented in the framing in version 2.

A final version presented the choices as dialogue options, where respondents still favoured Mrs. Jones (54.5%) although less than before.

When asked to provide a reason for their choice in version 1 (no framing at all), many participants said that they simply chose Mr. Wilson as he was first on the list. The choice for Mrs. Jones however was mixed: just based on the name, respondents assumed she was travelling alone and therefore lonely! The choice for Lorenzo was explained by his approachability (first name) or him being perceived more interesting than the others. Next, presented with more information for their choice, about half of the respondents said that the extra information was a reason for changing their choice to Mr. Wilson, stressing that the duty of a tour guide is to spread their attention evenly and therefore actually providing the answer that aligned to the learning outcome (in many work-based elearning this would be the “correct” answer…). Poor Lorenzo dropped to 3% and was a few times described as “creepy”.

In version three,  using the same descriptive sentences about the guests, but now formulated in the choices, respondents seemed to make more allowances for Mrs. Jones’ state of mind and thought that pastoral care trumped Celia’s duty as a tour guide. Comments included “look after stray lambs”, “needs the attention more than the others”. Finally, version with dialogue-based choices (see screenshot above) was perceived as more personal and engaging, “lively” and helpful for making a selection (“made me feel like I was talking out loud in my head”). A few respondents used words like “emotions”, “empathy” and “compassion” in their response and some described the option for Mrs Jones (“How was your day, Mrs Jones?” Celia asks softly) as friendly and an open, inviting conversation. Also notable is that a few respondents added possible extra options (“talk to Mrs Jones later”, “invite Mrs Jones to sit with Celia and Mr Wilson”).

Can we draw some conclusions here?

The findings from this pilot questionnaire seem to indicate that providing framing in the options themselves has more effect on the learner than providing it in an introductory text. There was more attention for the information about each person and their feelings of compassion now triumphed over the duty of the tour guide to spread attention evenly amongst guests. In a sense this is not surprising, as learners are focused on the choice to make but can make us as learning designers. In this (minimal) learning scenario, people “stray” from what the person should do as their job to a preference for the emotional choice. It can also lead to interesting discussions for e.g. compliance training. Imagine a classic Health and Safety scenario course where learners are presented with the classic options around a spill: “Do you clear up the spill”or “Leave the spill and hurry on to your work”… What if we threw in an emotional option here such as “Help the crying woman in the corridor first?

Additionally, options written as dialogue were experienced as more personal and elicited higher emotional reactions of the learner towards the characters. This may be of use in courses about soft skills.

What I definitely consider as food for thought in work-based learning is the fact that learners, when given the possibility, provided extra options as “better ways to address the situation”. This aligns with discussion about agency of the player/learner in choice-based narrative: the agency is constrained to what the writer has provided the player with. I have personally never seen an elearning course that allows learners to come up with extra choices, but can imagine subject matter experts would see some unexpected things there…

Learningworld Design is an official Information Mapping® partner for New Zealand and Australia.